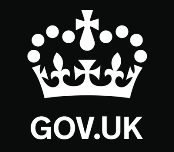 The UK’s next generation of pioneering inventors will be backed by a new independent scientific research agency, the Business Secretary Kwasi Kwarteng noted that as part of government plans to cement the UK’s position as a global science superpower.

The new agency, the Advanced Research & Invention Agency (ARIA), will be tasked with funding high-risk research that offers the chance of high rewards, supporting ground-breaking discoveries that could transform people’s lives for the better.

The UK has a long and proud history of inventing that dates back centuries – from Ada Lovelace and Alan Turing who pioneered early predecessors of the computer, Thomas Newcomen and James Watt who transformed travel by creating steam engines, William Grove who created fuel cells and Frank Partridge who helped save millions of lives by developing the first portable defibrillator.

The creation of ARIA will continue this tradition, backed by £800 million, to fund the most inspiring inventors to turn their transformational ideas into new technologies, discoveries, products and services – helping to maintain the UK’s position as a global science superpower.

The new agency will be independent of government and led by some of the world’s most visionary researchers who will be empowered to use their knowledge and expertise to identify and back the most ambitious, cutting-edge areas of research and technology - helping to create highly skilled jobs across the country. It will be able to do so with flexibility and speed by looking at how to avoid unnecessary bureaucracy and experimenting with different funding models.

ARIA will be based on models that have proved successful in other countries, in particular the influential US Advanced Research Projects Agency (ARPA) model. This was instrumental in creating transformational technologies such as the internet and GPS, changing the way people live and work, while increasing productivity and growth. More recently, ARPA’s successor, DARPA, was a vital pre-pandemic funder of mRNA vaccines and antibody therapies, leading to critical COVID therapies.

From the steam engine to the latest artificial intelligence technologies, the UK is steeped in scientific discovery. Today’s set of challenges – whether disease outbreaks or climate change – need bold, ambitious and innovative solutions.

Led independently by our most exceptional scientists, this new agency will focus on identifying and funding the most cutting-edge research and technology at speed.

By stripping back unnecessary red tape and putting power in the hands of our innovators, the agency will be given the freedom to drive forward the technologies of tomorrow, as we continue to build back better through innovation.

Central to the agency will be its ability to deliver funding to the UK’s most pioneering researchers flexibly and at speed, in a way that best supports their work and avoids unnecessary bureaucracy. It will experiment with funding models including program grants, seed grants, and prize incentives, and will have the capability to start and stop projects according to their success, redirecting funding where necessary. It will have a much higher tolerance for failure than is normal, recognising that in research the freedom to fail is often also the freedom to succeed.

The UK’s scientific community has a proud history of discovery, producing iconic inventors such as Alan Turing whose imagination and creativity changed the world as we know it.

But to rise to the challenges of the 21st century we need to equip our R&D community with a new scientific engine – one that embraces the idea that truly great successes come from taking great leaps into the unknown.

ARIA will unleash our most inspirational scientists and inventors, empowering them with the freedom to drive forward their scientific vision and explore game-changing new ideas at a speed like never before. This will help to create new inventions, technologies and industries that will truly cement the UK’s status as a global science superpower.

Legislation to create the new research agency will be introduced to Parliament as soon as parliamentary time allows. The aim is for it to be fully operational by 2022.

The Advanced Research and Invention Agency will build on the UK’s world-class scientific research and innovation system. The importance of scientific innovation has never been clearer than over the last year and this new body provides an exciting new funding mechanism for pioneering R&D.

The new body will complement the work of UK Research and Innovation (UKRI) while building on the government’s ambitious R&D Roadmap published in July 2020. In November 2020, the Spending Review set out the government’s plan to cement the UK’s status as a global leader in science and innovation by investing £14.6 billion in R&D in 2021 to 2022, putting the UK on track to reach 2.4% of GDP being spent on R&D across the UK economy by 2027.